Answer this brief quiz about public transport in London, and then check your answers with the text below. Write the number of the correct and incorrect answers in the spaces provided: 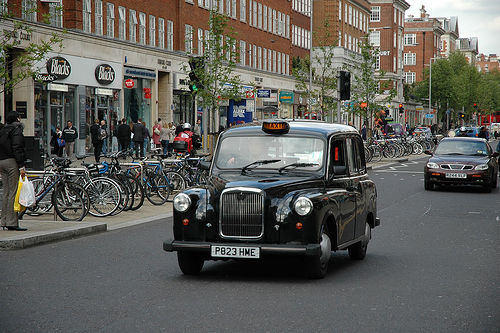 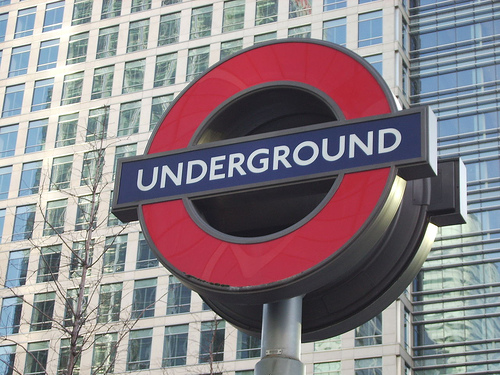 Transport is one of the four areas of policy administered by the Mayor of London, but the mayor's financial control is limited. The public transport network, administered by Transport for London (TfL), is one of the most extensive in the world, but faces congestion and reliability issues, which a large investment programme is attempting to address, including £7 billion (€10 billion) worth of improvements planned for the Olympics.
The centrepiece of the public transport network is the London Underground, the oldest metro system in the world, upon which nearly 1 billion journeys are made each year. The Underground serves the central area and most suburbs to the north of the Thames, whilst those to the south are served by an extensive suburban rail network. Commuter and intercity railways generally do not cross the city, instead running through fourteen terminal stations scattered around its historic centre. The London bus network caters for most local journeys and carries even more passengers than the Underground.
Although the vast majority of journeys involving central London are made by public transport, travel in outer London is car-dominated. An inner ring road (the North and South Circular) and an orbital motorway (the M25) are intersected by a number of busy radial routes — but very few motorways penetrate inner London. In 2003, the congestion charge was introduced to reduce traffic in the city centre. With a few exceptions, motorists are required to pay £8 per day to drive within a defined zone encompassing much of central London.
London is an international transport hub, with five sizeable airports and a cross-channel rail service. Heathrow is the busiest airport in the world for international traffic; such traffic is also handled at Gatwick, whilst Stansted and Luton cater mostly for low-cost short-haul flights. London City, the smallest and most central airport, is focused on business travellers. Eurostar trains link London Waterloo station with Lille and Paris in France, and Brussels in Belgium.

WRITING (A LETTER OF COMPLAINT)

Study the letter of complaint given below, focusing on its structure. Complete the tips on how to write such letters, using words from the box below:

Dear Sir /Madam
I am writing to complain about the poor quality of the service and the rudeness I experienced on one of your buses in the West London area on July 22nd, 2006.


Although you advertise your services with the “On time and with a smile” slogan, the 10.25 bus to the City was a good twenty minutes late, and when it finally came and I asked the driver for an explanation, he was very far from smiling. In fact, he told me to “bugger off” and threatened to force me off the bus!


Needless to say, I was appalled by this behavior and if it hadn’t been for my tight schedule, I would have refused to travel with anybody so rude. I assume you will identify the driver and make sure he bears the full consequences of his highly unprofessional behavior. I also trust you will personally see to it, that situations like this do not repeat themselves.


I look forward to hearing from you soon.
Yours faithfully,

Read the article about New York City, and answer the questions below, which refer to specific facts about the city. 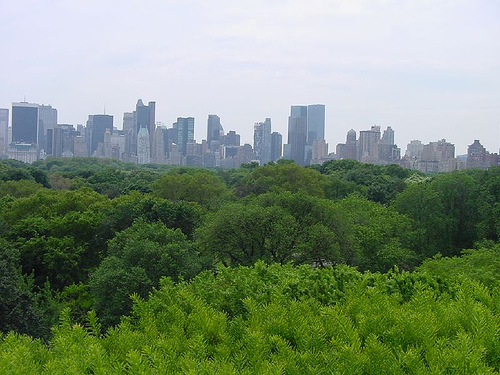 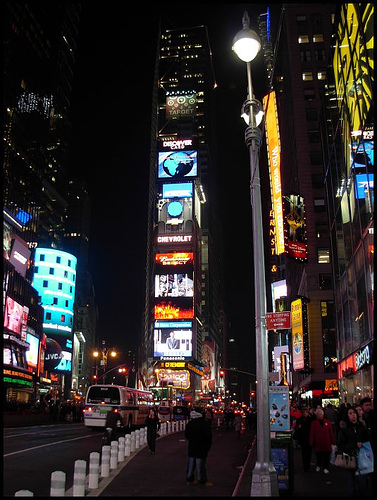 New York City is the largest city in the United States, and one of the world's major global cities. Located in the state of New York, the city has a population of over 8.1 million within an area of 321 square miles (830 km²), making it the most densely populated city in North America. Its metropolitan area has a population of 18.7 million, and is one of the largest urban areas in the world.
New York City is an international centre for business, finance, fashion, medicine, entertainment, media and culture, with an extraordinary collection of museums, galleries and performance spaces. It is also home to the headquarters of the United Nations and to some of the world's most famous skyscrapers.
Popularly known as the "Big Apple" or the "Capital of the World", the city attracts large numbers of immigrants—over one-third of its population is foreign-born—as well as people from all over the United States who come for its culture, diversity, fast-paced lifestyle, cosmopolitanism, and economic opportunity. The city is also distinguished for having the lowest crime rate among the 25 largest American cities.
New York City, officially the "City of New York", is comprised of Five Boroughs. Throughout the boroughs, there are hundreds of distinct neighborhoods, many with a definable history and character all their own. If the boroughs were independent cities, each would be among the 50 most populous cities in the United States.
Manhattan (pop. 1,593,200) is the business centre of the city, and the most superlatively urban of the boroughs. It is the most densely populated, and the home of most of the city's skyscrapers. It is loosely divided into downtown, midtown, and uptown regions.
The Bronx (pop.1,357, 589) is known as the birthplace of hip hop culture, as well as the home of the New York Yankees and the largest cooperatively owned housing complex in the United States, Co-op City. Excluding its minor islands, the Bronx is the only borough of the city that is on the mainland of the USA.
Brooklyn, (pop. 2,486,235) the most populous borough, was, until 1898, an independent city and has a strong native identity. It ranges from a modern business district downtown to large historic residential neighborhoods in the central and south-eastern areas. It also features a long beachfront and Coney Island, famous for being one of the earliest amusement grounds in the country.
Queens (pop. 2,241,600) is geographically the largest borough and, according to the US census, the most ethnically diverse county in the United States. Prior to consolidation with New York City, it was composed of small towns and villages founded by the Dutch. It is home to the New York Mets, two of the region's three major airports, and Flushing Meadows Corona Park, site of the 1939 and 1964 World Fairs.
Staten Island (pop. 464,573) is the most suburban in character of the five boroughs, but it has gradually integrated itself with the rest of the city since the opening of the Verrazano-Narrows Bridge in 1964, an event that caused controversy and even an attempt at secession. Until 2001, Staten Island was the home of the infamous Fresh Kills Landfill, formerly the largest landfill in the world, and now being reconstructed as one of the largest urban parks in the United States.
(http://www.wikiedia.org)