You are going to read a text about a certain aspect of crime in the USA. The people there are referred to as untutored, desolate, incapable of empathy, having no life expectancy. Are these words positive?

Who can be described as such?

Some of the reasons why these people end up in prison may be social problems. They include the breakdown of the family and poverty.

Are members of a family still together when there is a breakdown?

When a family lives in poverty, does it mean that they are rich or poor?

Is juvenile crime committed by younger or older people?

Do you think that statistics all over the world show that juvenile crime is increasing or decreasing?

Before you read the text, think about juvenile crime: what are reasons for the present situation?

Scan the text quickly. Which paragraph contains the following information:

Now read the text more carefully and complete the data sentences below:

A. There is a battle in the USA now over how to fight the problem of juvenile offenders. While overall crime statistics have dropped, there is one category where it has skyrocketed. That category is murders committed by youths under the age of 17. Between 1984 and 1994, murders committed by youths under 17 tripled. Demographic studies show that there will be a rise in the teen population in the coming years and experts believe that 25 percent of all murders will be committed by juveniles.

B. What's the cause of all of this? In the mid-1980's there was a cocaine epidemic. Drug wars between street gangs and drug dealers led to an arms race on American streets. The number of black males aged 14 to 17 rose by 26 percent from 1994 to 2005. Unfortunately, statistics prove that such youths are particularly affected by social problems linked to crime. These social problems include: the breakdown of the family, poverty and poor education.

D. Criminologist James Alan Fox said, "Given our lack of interest in young people, we will likely have more than 5,000 teen killers per year." The United States averages, currently, are about 21,000 murders per year. The number of youths aged 14 and younger who have been charged with murder has jumped by 43 percent in the past twenty years.

E. The thing that worries everyone is the teens who kill or maim without moral doubts. Cincinnati judge David Grossmann says that he sees a wave of "undisciplined, untutored, desolate young people." The Judge added, "Gangs have become the alternative to a family." Kathleen Heide, a psychotherapist, said that many young murderers "are incapable of empathy." Heide described one case where a teen offender shot and paralyzed a jogger who refused to hand over a gold neck chain. When the teen offender was asked what else he could have done instead of shooting the victim, the teen said, "He could have given me his chain. I asked him twice."

F. According to John Firman, Chief of Police, police officers are now encountering more and more "kids with no hope, no fear, no rules and no life expectancy." This is the real problem.

A number of people are quoted in the text, do you think they would agree with the following statements? Click the appropriate box next to the person and the opinion.

Carefully read the expressions below.

A. “overall crime statistics have dropped

B. “there is one category where it has skyrocketed”

Which expression describes this kind of process?

Police reports - August 2, 2006 According to Lancaster Police Department reports: - Someone keyed a blue 2004 Pontiac van parked in a car park on the S.C. 9 Bypas at about 3 p.m. The driver said she parked the van, came back and saw that it had been scraped with a key. The damage is estimated at $1,000. -Sheldon Moller Gilbreth, 34, 612 Kent Road, was charged Thursday with possession with intent to distribute crack and driving under suspension. Police stopped the red Ford Explorer that Gilbreth was driving after they realized he was driving under suspension, a report said. Police searched the vehicle and found 1.7 grams of crack, an almost-empty beer bottle and a flask containing liquor, the report said. Adapted from: Lancaster News http://www.thelancasternews.com/police_report/

Glossary: Crack - pure form of cocaine Flask – a small bottle you can carry To be charged – to be officially accused of committing an offence or a crime To estimate – to say how much something is worth To key sth – to scrape/damage something with a key Under suspension – to be forbidden to do something for a period of time Van – a vehicle used to carry goods 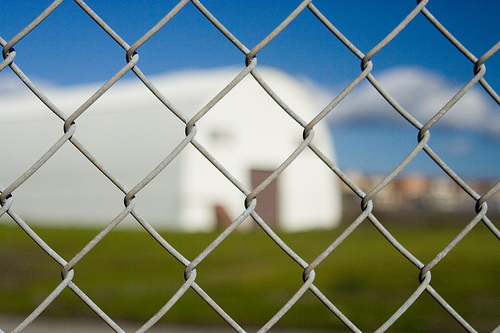 Boot camps have become the last resort for many parents who are worried about their children’s behaviour on both sides of the Atlantic. Read the text advertising a boot camp in America and decide whether it would be suitable for the teenagers described below:

What is a boot camp? A boot camp is a very strict, highly structured facility where a parent would send a teen who is disobedient, aggressive, out of control. The child teen may have started to experiment with illegal substances, and may even have some legal problems.

Does My Teen Need Help? We have compiled a list of teen problems that we have been able to help parents with. Although the list is not all we can help with, it covers a lot of the problems our programs deal with. If your teen has any of the problems listed below give us a call.

out of control behavior

sneaking out at night

When it comes to seeking help for a child in danger it is better to help a little too early than a little too late.

Do they need a boot camp?

Arrange the words into the sentences of a police report from 18th July:

Sentence 1:was at an office Kings Road an air-conditioning on damaged

An air conditioning was damaged at an office on Kings Road.

Sentence 2:on the fan said broke that someone jumped the table report and the

The report said that someone jumped on the table and broke the fan.

Sentence 3:repairs for has been the air-conditioning removed

The air-conditioning has been removed for repairs.

Sentence 4:said report $3,500 is the estimated at the damage

Sentence 5:case no are suspects there in this

There are no suspects in this case.

In this case there are no suspects.

What is your opinion of boot camps?

Read what Maia Szalavitz writes about boot camps in Florida and the comments on her blog.

Maia Szalavitz: Like Nixon to China? Florida Boots Teen Boot Camps. One of the first teen behavior modification programs of breaking teens with fear, (A) corporal punishment, emotional attacks and isolation, the Seed, was founded in Florida in 1971 and managed to "treat" some 5,000 teens before the Congress stopped their further expansion.

Today, Governor Jeb Bush just signed a bill named for Martin Lee Anderson that forbids corporal punishment in state boot camp programs for juvenile offenders. The bill also withdraws the money for the existing ones, and requires that teens have access to an (B)abuse-reporting hotline.

Anderson, of course, was the 14-year-old boy who was killed by guards using "pain" tactics in a boot camp. The guards put ammonia up his nose and held his mouth shut. Use of chemicals, kicks, (C)punches and electric shocks had been allowed for boot camps.

I'm an older lady gone back to school to study mathematics at one of the best engineering colleges in the country.

I study with young men, 18-24 year olds. Many of these middle class white boys had childhoods that resemble a long tragedy.

They were medicated, analyzed and tested. Many were sent to facilities where they (D)underwent what I would call torture.

Turns out these boys were just normal active boys.

Thank you so much for this story. As a victim of these boot camps where I was beaten and (E) denied food, I’m glad to see any government, even Jeb Bush take action to shut these places down