TALKING ABOUT LIFE IN A BIG CITY

Listen to several opinions about living in a big city. Match the speakers to the advantages listed below: 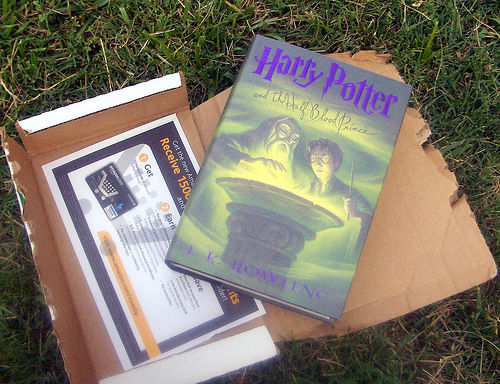 Read four brief extracts from the Harry Potter novels in which Hogwarts professors of magic praise or criticize their students, Harry Potter and Neville Longbottom. Decide if the student is being praised or criticized, and write down the actual words used by the teacher:

EXTRACT ONE
”That was excellent Potter!” cried Professor McGonagall as he got off his Firebolt. He noticed that her hand shook as she pointed at his shoulder. “You’ll need to summon Madam Pomfrey before the judges give you your score... over there (…)” “Yeh did it, Harry!” said Hagrid “Yeh did it! And against the Horntail and all, and yeh know Charlie said that was the worst....” “Thanks, Hagrid”, said Harry loudly so that Hagrid wouldn’t blunder on and reveal that he had shown Harry the dragons beforehand.
Professor Moody looked very pleased too, his magical eye was dancing in its socket “Nice and easy does the trick, Potter”, he growled.
(Harry Potter and The Goblet Of Fire by J.K. Rowling, page 312 UK Hardcover Adult Edition)


EXTRACT TWO
“The clear winner!” Slughorn cried to the dungeon. “Excellent, excellent, Harry! Good Lord, it’s clear you’ve inherited your mother’s talent, she was a dab hand at potions, Lily was! Here, you are – one bottle of Felix Felicis, as promised. Use it well!” Harry slipped the tiny bottle of golden liquid into his inner pocket, feeling an odd combination of delight at the furious looks on the Slytherins’ faces and guilt at the disappointed expression on Hermione’s.
(Harry Potter and The Half Blood Prince by J.K. Rowling, page 181-2, UK Hardcover Adult Edition)


EXTRACT THREE
A few cauldrons away, Neville was in trouble. Neville regularly went to pieces in Potions lessons, it was his worst subject, and his great fear of Professor Snape made things ten times worse. His potion, which was supposed to be a bright, acid green, had turned – “Orange, Longbottom”, said Snape, ladling some up and allowing it to splash back into the cauldron so that everybody could see. “Orange. Tell me boy , does anything penetrate that thick skull of yours? Didn’t you hear me say, quite clearly, that only one rat (…) was needed? (…) What do I have to do to make you understand,Longbottom?”
(Harry Potter and The Prisoner of Azkaban by J.K. Rowling, page 95-96, UK Hardcover Adult Edition)


EXTRACT FOUR
“Explain yourself!” said Snape, who was standing over him looking furious.
“I... dunno what happened” said Harry truthfully, standing up. There was a lump on the back of his head from where he had hit the ground and he felt feverish. “I’ve never seen that before. I mean, I told you, I’ve dreamed about the door... but it’s never opened before...”
“You are not working hard enough!” For some reason Snape seemed even angrier than he had done two minutes before, when Harry had seen into his teacher’s memories. “You are lazy and sloppy, Potter! (…)“
(Harry Potter and The Order Of The Phoenix by J.K. Rowling, page 523, UK Hardcover Adult Edition)