MAN: How is your chilli, darling? (1) Spicy enough?
WOMAN: Are you kidding? This stuff is (2) hot! And how are your fajitas?
MAN: Funny, but they are not spicy, rather (3) sweet and sour.
WOMAN: Interesting. What should we have for dessert? I think I’d like something really sweet, like chocolate pie.
MAN: And I’ll settle for something (4) bitter.
WOMAN: Meaning?
MAN: A nice strong coffee, of course.

In the special issue on trends (from Intelligent life, summer 2006) The Economist lists trendy luxury goods, leisure activities, travel ideas and places. Consider some of their ideas and decide whether they fit your taste or not (or if they would if you had the money):

Discuss these trendy ideas with your fellow students on the course discussion forum!

Your American friend, a thoroughly urban person, similar to dr. Joel Fleishman from the hit TV series Northern Exposure, is trying to persuade his girlfriend from Denver, Colorado – a much smaller city – to move to New York. The girl, who is a jazz and nature loving student of literature and an aspiring writer, is hesitant. Find 5-6 arguments he may use to convince her in the text below: 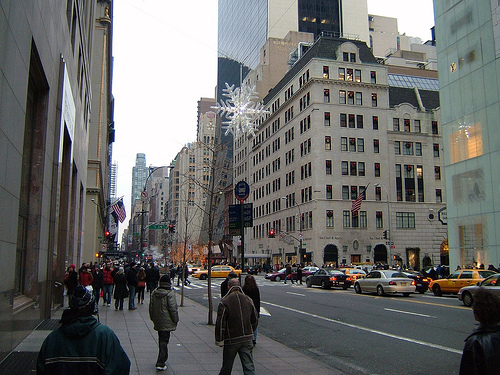 Culture in New York
Writer Tom Wolfe said of the city that "Culture just seems to be in the air, like part of the weather." The city's size, multicultural history and variety of arts institutions makes it the cultural capital of the United States. Many major American cultural movements originated in the city. The Harlem Renaissance established the African-American literary canon in the United States. The city was the epicenter of jazz in the 1940s and beyond, with jazz greats likes Louis Armstrong, Count Basie, Ella Fitzgerald and Dizzy Gillespie performing in the many clubs of Harlem. The New York School of painters, which developed abstract expressionism in the post-World War II period, became the first truly original school of painting in America. American modern dance developed in New York during that same time. In the 1970s, punk rock developed in the downtown music scene, including The New York Dolls and The Ramones, while hip hop was emerging in the Bronx and New York stars like Kurtis Blow, Run-D.M.C., and LL Cool J defined East Coast hip hop by the 1990s.
Arts and theatre
While the big-budget film industry has consolidated itself in Hollywood, New York is the capital of American theatre and independent cinema. The 39 largest theatres (with more than 500 seats) are collectively known as "Broadway”, and are mostly located in the Times Square vicinity. These, along with London's West End, are the apex of commercial theatre in English language. Many Broadway shows are world-famous, such as the musicals Cats and The Phantom of the Opera. Smaller theatres, termed off-Broadway and off-off-Broadway depending on their size, have the flexibility to produce more innovative shows for smaller audiences. The Lincoln Center for the Performing Arts, which includes Jazz at Lincoln Center, the Metropolitan Opera, the New York City Opera, the New York Philharmonic and the New York City Ballet, is the largest performing arts center in the United States. Another famous New York concert venue is Carnegie Hall.
New York is home to several world class art museums. Foremost amongst them is the Metropolitan Museum of Art, which has one of the largest and most diverse collections of any art museum in the world. Other museums include the Museum of Modern Art, the Solomon R. Guggenheim Museum (of avant-garde art), and the Whitney Museum of American Art.. In addition, there are 2,000 arts and cultural non-profit organisations and 500 art galleries of variable size.
Recreation
The city has 28,000 acres (113 km²) of parkland and 14 miles (22 km) of public beaches. Prospect Park in Brooklyn, designed by Frederick Law Olmsted and Calvert Vaux, has a 90 acre (360,000 m²) meadow thought to be the largest meadow in any U.S. park. Flushing Meadows Park in Queens is the city's third largest park and hosted the World Fair in 1939 and 1964. Manhattan's Central Park, also designed by Olmsted and Vaux, is the most frequently visited park in the U.S.

Now, write the arguments you have found following these hints:

ANSWER KEY: Suggested answers with the key words in bold: 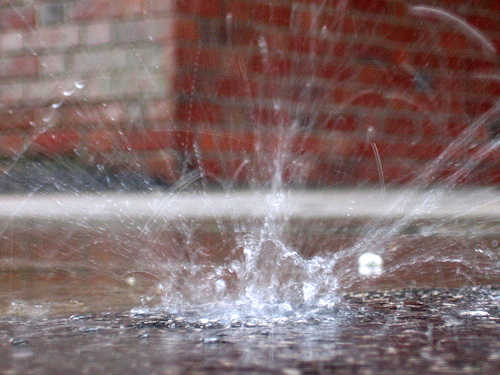 In rhetoric, linguistics and poetry, onomatopoeia is a figure of speech that employs a word, or occasionally, a grouping of words, that imitates the sound it is describing, and thus suggests its source object. (www.wikipedia.org)